Heath Capital was founded by Leo Gestetner as a vehicle to invest in, acquire, create and actively manage brand driven companies.

Heath Capital focuses on creating long-term value by empowering company management to improve operational performance, while focusing on ways to expand customer bases and develop complementary products to offer to the existing customer base. Heath Capital is unique among private equity firms who invest in small and medium sized businesses. Over the years, Heath Capital has formed and grown a team of Western Managed, Hong Kong and China based experts in designing, sourcing/producing, and shipping branded consumer products and durable goods.

Heath Capital is very active in each investment. 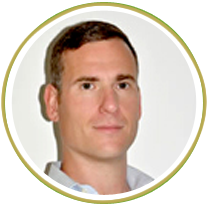 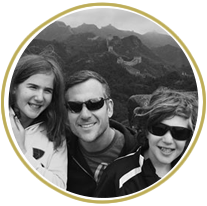 Leo Gestetner is the Founder & CEO of Heath Capital which he set up as a US focused vehicle to create, acquire, actively manage and invest in brand driven companies.

Leo was a teenager when he set up his first company 30 years ago to serve the emerging personal computer market.

After graduating from Worcester Polytechnic Institute in Massachusetts, Leo launched an IT consulting company. Later he co-founded a successful internet shopping portal which was sold to Barclaycard. Leo and his brother then founded Brands etc as a vehicle to buy, sell and actively manage a group of brand-driven companies. 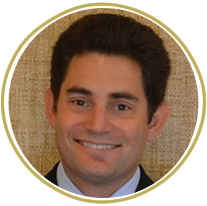 Brandon Levin joined Justice Design Group in 2002 as its director of sales and has been president of the company since 2009. Justice Design Group is a leading manufacturer and importer of mid- to high-end decorative residential and commercial lighting. The company sells lighting fixtures to retail lighting showrooms and electrical distributors throughout North America, as well as to national hospitality accounts such as Hilton Hotels and Sandals Resorts.

Prior to joining Justice Design Group, Brandon was a consultant with McKinsey & Company in their Los Angeles office where he worked on sales and marketing consulting engagements. 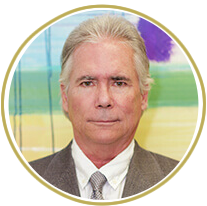 Mr. Fitchey brings over 30 years of extensive experience in private equity and operations having founded and managed various investment funds and companies in the U.S., Europe and South Africa, with total invested capital of over $2 billion.

He has served as the Managing General Partner of British Pacific Partners, a Los Angeles-based advisory firm and merchant bank and was the founder and Managing Partner of M Plus Capital Partners LP, a $100 million leveraged structured equity fund. Previously, Mr. Fitchey was a co-founder and Senior Managing Director of St. Cloud Capital LLC, a Los Angeles based Debenture SBIC. He was also a co-founder and Chairman/CEO of European Capital Ventures plc, a London-based equity fund focused on creating and building pan-European companies. In addition, Mr. Fitchey was also a co-founder and Partner of Dartford Partners LLC, a San Francisco based entity which created Aurora Foods. In addition, as part of Dartford, he formed, raised the unique funding, and provided onsite management of a new independent PepsiCo bottler in South Africa, which became the first major American brand to re-enter South Africa in 1994 post-Apartheid.

Mr. Fitchey started his career in consulting as a Vice-President with AT Kearney and Strategic Planning Associates. He was subsequently a corporate Vice-President at PepsiCo where he was responsible for all planning and corporate acquisition related activities.

Gene has represented both buyers and sellers since 1984 in the Los Angeles platinum triangle residential real estate market and has represented most of the top developers in the Bel Air, Holmby Hills, and Beverly Hills area for purchasing land / teardowns.

He has bought and remodeled numerous homes for resale since 2005 and has bought, remodeled and increased rental income with several apartment buildings since 2014. Gene has an ability to see value in real estate and really think outside the box in solving situations when others can't and has added substantial value in a very tight market.

He had an extensive athletic career which gives him the drive and discipline to take projects to the finish line with integrity, trust, passion, and ingenuity.

Born in Fort Worth and raised in San Francisco, George Miers received his undergraduate education at Washington University’s School of Architecture in St. Louis. In addition to being a founding member of the first School of Architecture and Social Work joint degree program, he had the opportunity to study under a wonderfully diverse group of architects including Charles Moore, Ricardo Legoretta and Dolf Schnebli.

Completing his Masters of Architecture at the University of California, Berkeley, Mr. Miers, began practicing in San Francisco during the mid 70’s on a wide range of large scale, special use buildings as a designer at Skidmore Owings and Merrill and Kaplan Mclaughlin and Diaz Architects During this time frame he was asked by California’s recently designated State Architect, Sim Van der Ryn, to join a newly formed architectural programming unit whose task was to set the design and energy standards for all future State of California buildings. In the course of setting these standards, Mr. Miers wrote the guidelines and user program for California’s first Energy Efficient Office Building in 1976 which launched a series of energy efficient state buildings. The building program for these facilities, while focused on sustainable architecture, placed an emphasis on balancing user comfort and operational needs within the framework of a strong architectural design. This dual focus formed the basis of Mr. Miers’ design approach and led to the formation of George Miers and Associates, Architects and Planners which opened in San Francisco in 1982.

Since establishing his own practice, Mr. Miers has designed a diverse portfolio of award winning private and public buildings including Police Facilities, Civic Centers, Libraries and Animal Care Facilities. Over the past 6 years George Miers and Robert Swatt have collaborated together as Swatt|Miers Architects to create a unique style of West Coast Modern Architecture that has incorporated sustainable principles over an exciting range of diverse projects from the internationally published Tea Houses to the LEED Platinum Annenberg Center for Urban Ecology. 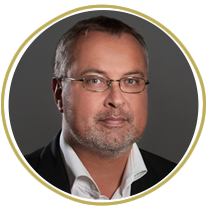 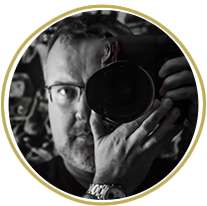 Nick is a keen internet consultant and developer who has focused on the Internet since '95 and been involved in most aspects of the Internet business in positions ranging from web designer, developer, to manager of websites, databases and online projects.

Nick headed up the web for Teletubbies.com, We Are What We Do, Plastic Ain't My Bag and Industria Web with Ericsson in Italy. He won the Cisco IBM E-Commerce Award 2000 and E-handels konferensen 2001 (The annual E-commerce conference - Copenhagen).

Nick is currently the co-founder and CTO for Zenvoy.com, CitronWorks.com, and Thankz.com, and he is active in several other online projects.